COASTAL LIVING MAGAZINE: Daniel Island, One of the 20 Best Places to Live – 2017

While the city of Charleston may have invented gracious urban living, this 20-year-old community that lies within Charleston’s borders on its own island offers a small town version of that ideal in a setting that emphasizes open space, diverse architecture, and prime recreation facilities (including 25 miles of running and walking trails that meander among maritime forests and marshes, as well as along the water’s edge; two private golf courses and the Family Circle Tennis Center, home to the Volvo Car Open pro tennis tournament). Bordered by the Cooper and Wando rivers, this is a place of neighborhood boat ramps, fishing and crabbing docks, and weekend kayak expeditions. And this Lowcountry island life is only 15 miles from downtown Charleston, should one require a bit of the urban from time to time.

Daniel Island by the Numbers

Best Beaches and Other Attractions

Surrounded by rivers and blessed with tidal marshes, Daniel Island is all about boats. For surf and sand lovers, the Atlantic beaches of Sullivan’s Island and Isle of Palms are a short drive away.

Daniel Island residents love their parks—all 400 acres of them. Smythe Park, with its lake, winding trails, beautiful landscaping, and a pirate-themed playground, may be the most popular of them all.

The Family Circle Tennis Center is a great place to watch the world’s best female tennis players compete in the Charleston Open (now known as the Volvo Car Open) for one week each spring, but it’s also a year-round destination for instruction and play on unusual green-clay or hard courts. Patriots Point in nearby Mount Pleasant is a military history museum where you can tour the aircraft carrier USS Yorktown and the destroyer USS Laffey, both World War II veterans, as well as the Cold War era submarine USS Clamagore. And of course, the myriad museums and historic sites of Charleston are a short drive away.

Where to Eat and Drink

For their morning fix, locals hit Blondies Bagels & Cafe, a bustling and bright spot in the center of downtown Daniel Island that is owned and operated by Daniel Island residents. The Islander restaurant serves burgers and Buffalo chicken tacos as well as more sophisticated fare like tuna tartare and Madeira short ribs on a sunny, trellis-covered patio with a big outdoor bar. Take a stroll down the Wando River and slip into Sermet’s Courtyard for live outdoor music on the weekends and an Italian-inspired menu of seafood and pasta dishes.

If you want to stay on Daniel Island, there’s literally only one option: the Hampton Inn Daniel Island, which is, well, a Hampton Inn on Daniel Island. The hotel has 128 rooms and suites, an outdoor pool, and free breakfast. The creekfront Plantation Oak Inn is a rustic B&B just east across the Wando River in Mount Pleasant, and the Inn at I’on is a seven-room boutique hotel with three pools, tennis courts, and a fitness center about halfway between Daniel Island and downtown Charleston. (Credit – Coast Living Magazine)

Plan a visit to beautiful DANIEL ISLAND soon!! You might just want to stay!!! For all real estate offerings on Daniel Island and the surrounding Charleston SC area, please contact THE BRENNAMAN GROUP: 843.345.6074 – bob@charlestonproperty.net 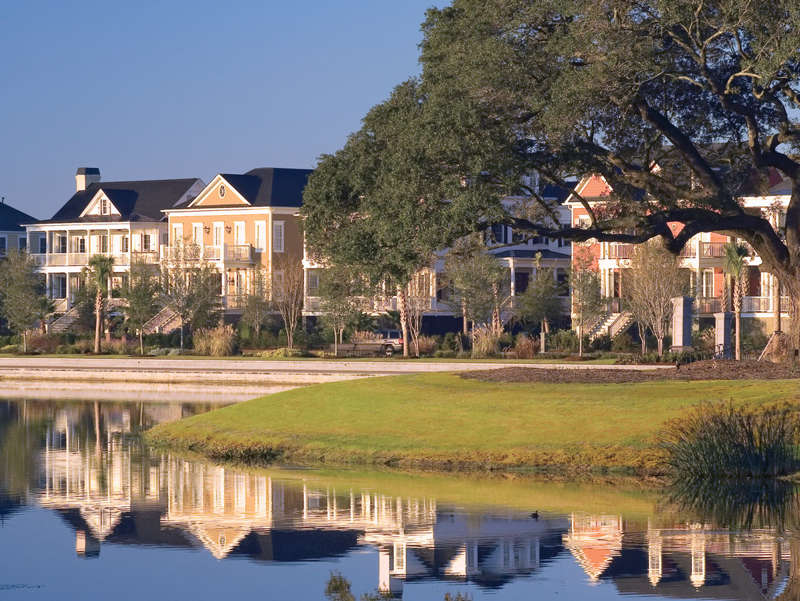