For many people, even some longtime Charleston residents, Daniel Island’s background starts in 1998, when the systematic development of the island’s modern residential community began.

“It’s important to try to understand a little bit about what happened here from the perspective that there wasn’t a lot preserved here, because there were very few buildings,” said Daniel Island Historical Society President Bill Thielfoldt. “What we have are stories and a little bit of history that we try to piece together to help people understand how Robert Daniell played a part in the development of the Charleston area.”

Robert Daniell of Llanddewi Brefi Cardigan County, Wales (Born 20 April 1646) was the ten times great grandson of King Edward III. He arrived in Charleston SC in 1669 as captain of the ship The Daniell. In 1682, he was commissioned as Major of the Goose Creek Men.  By 1691, he was commissioned as a colonel for King William. In 1702 Daniell led forces in James Moore’s expedition to St. Augustine, which unsuccessfully besieged the Castillo de San Marcos. He later also led provincial forces in the 1711 Tuscarora War and the 1715 Yamasee War. Daniell is best known for being Deputy Governor of North Carolina from 1704 to 1705, and governor of the British Province of South Carolina from 1716 to 1717. He was a key player in the Holy City’s development and acquired a large tract of land on Daniel Island in 1696. He died on May 1, 1718 at his Daniel Island homestead and was initially interred there.After St. Philip‘s Episcopal Church in Charles Towne was restored in 1723, ten years after the hurricane of 1713, his remains were moved to the church’s graveyard.His original crypt stone is now located on the back exterior wall of St. Philip’s Episcopal Church.

Sharing important facts about the island’s relevance to Charleston’s history was one of the Daniel Island Historical Society’s primary goals when the group was founded in 2011 by Mike Dahlman and Beth Bush. But, in the years since its birth, DIHS has grown from a document of the island’s sometimes neglected history into an institution of education for island residents. In addition to the monthly meetings the group hosts on the third Tuesday of each month at the Holy Cross Church, the group has increased their presence at local schools.

“We try to, over time, present to them things that will be helpful for the students to understand about Daniel Island and its history,” said Thielfoldt. “You need to know your history,” said DIHS Board of Directors Member Lee Ann Bain, who serves as the organization’s community outreach chair. “That’s why we do a lot with the school kids, so that they understand the community that they live in and the history that was here before them.”

The historical markers that are around Daniel Island’s walking trails are also the work of the Historical Society, helping bring history alive for residents who are out enjoying nature. Bellinger Island is the most recent site to receive a marker.

“This area is more than just a hunk of land that your house is on. It is an area that played a part in the development of the whole Charleston area,” said Thielfoldt. “So, we want to continue to be able to keep that information flowing to people, and as new people come in, we get to have a new audience every once in a while.” (Credit: Daniel Island News & Daniel Island Historical Society) 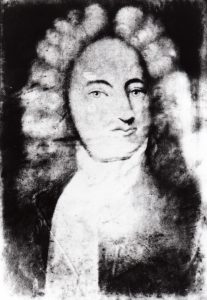