Every April, Charleston welcomes 90,000 spectators and more than 100 world-class, women athletes to participate in the excitement of the Volvo Car Open. Records are broken and memories are made as extraordinary tennis stars take Stadium Court to compete for the coveted title of the Open. Dates for the tournament in 2018: March 31-April 8

With it’s beginning in Hilton Head, the tournament started creating milestones that, over the years, have directly influenced the popularity of women’s professional tennis. It was the first women’s tennis event to offer a $100,000 dollars in prize money. The first  champion, Rosie Casals, received a check for $30,000, which was the largest prize money payout awarded to a woman that year. Even more remarkably, the tournament was the first women’s event to be broadcast on network television. Players who participated in 1973 still have fond memories of the significance of this occasion. Billie Jean King remarked that the final between Rosie Casals and Nancy Richey was not the best played match due to the nervousness of both players, but every player there knew that it was a historic day in women’s sports.

In 2001, the tournament made a bold move to secure its success for the future. After 28 years in Hilton Head, it relocated to a new home in Charleston, South Carolina on Daniel Island. This partnership between the City of Charleston and Family Circle magazine was the first of its kind in women’s tennis. Family Circle magazine was the first title sponsor to partner with city and county municipalities to build a tennis facility of this stature. The state-of-the-art facility not only serves as the home for one of the Premier Events in the WTA, but also provides residents of the greater Charleston area access to one of the finest tennis facilities in the southeast.

In 2015, the Family Circle Cup announced a new partnership with Volvo Car of North America.  In conjunction with Volvo Car’s first American plant in South Carolina’s Berkley County, the brand became the title sponsor of the WTA Charleston tournament, changing its name to the Volvo Car Open.

The event not only offers world-class tennis, but also hosts a wide-variety of other activities throughout the week long tournament. In between matches, attendees can enjoy shopping in the Merchandise Tent or tasting some of the unique Charleston cuisine offered at one of the many dining locations onsite. 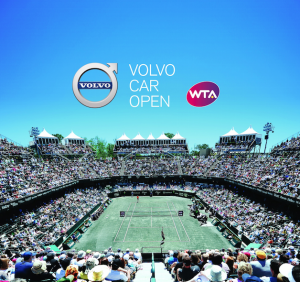