According to the Charleston Business Journal (10/10/06), the developer for The Town Square at Daniel Island has been announced! Hill Partners, Inc., a commercial real estate firm that provides retail development solutions to its clients and partners based out of Charlotte, North Carolina, will develop The Town Square. The property is currently in the pre-development stage but there are discussions for a hotel, retail and/or restaurants. More to come…

Here is some updated information on The Town Square at Daniel Island:

On 4/14/2007, We reported on the area where the Town Square was supposed to be developed–an area known as Parcel Q at the time. It is an undeveloped parcel located between Island Park Drive and Interstate 526.

On 12/8/2010, The Daniel Island News reported that the developer was still trying to attract retailers to the open-air shopping center project. At the time of the interview, the developer noted that they were “nowhere near” launching the project and alluded to difficulty in finding financing for the project.

05/16/2014, The project is still featured as a current project on the developer’s website. Here is a rendering of the proposed site plan. 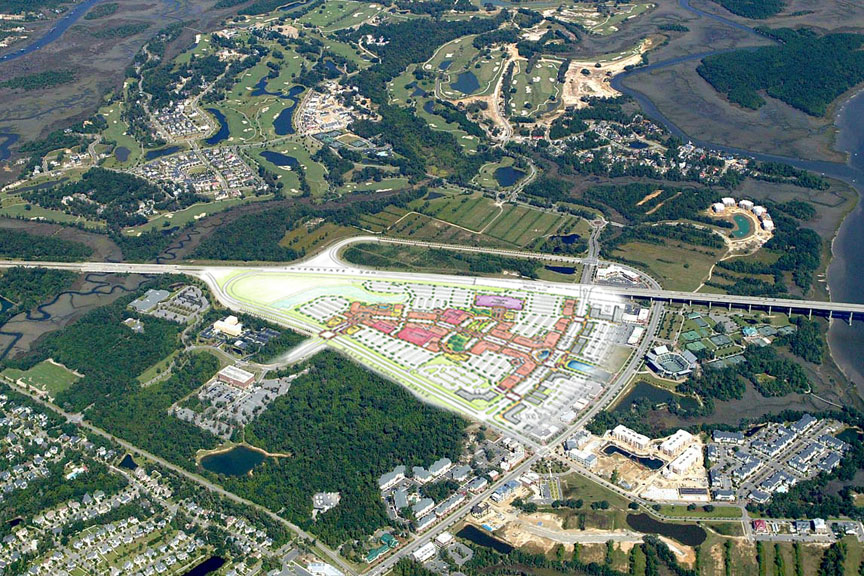