Five Tips for Dealing with Bugs and Mosquitoes on Daniel Island 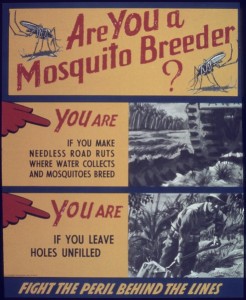 History, culture, pristine natural areas, beaches, beautiful weather, friendly people … we truly have it all here in the Charleston Lowcountry. Unfortunately, the bugs like it here too. We’re not like colder climates where the winter freeze decimates the insect populations. And if the winter is especially mild like it was this year (did we even have a winter this year?), then the insect populations are going to explode in the spring and summer. Folks who have grown up in the South have also grown up with — and learned to adapt to — all the creepy-crawlies that thrive here. But if you’re a recent transplant from a colder climate, the abundance of bugs might seem grotesque. Sure, you enjoyed the mild winter, but perhaps you’re thinking, “THIS is the trade-off?!?!” Don’t worry, there are ways to deal with insects here — it doesn’t have to be a losing battle.

RULE 1: Do Not Disturb
Most insects will only bite or sting if provoked, so one of the best ways to avoid an unpleasant encounter with a Lowcountry creepy-crawly is to leave it be. If you see a small wasp nest on a far, out-of-the way eave of your home, it could be fine to leave it alone if it is not likely to be accidentally disturbed. If it starts getting really big or if it’s near a high-traffic area like your front door, then it might be time to deal with it. Yellow jackets are an exception. They nest in the ground and can be extremely aggressive. It is advisable to address a yellow jacket nest as soon as you notice it — even if it’s on a part of your property you do not frequent.

RULE 2: Acceptance
First of all, no amount of RAID and not even daily visits from your pest control company will ensure that you never see a bug again. It’s just not going to happen, and saturating you home in pest-control products is not really the way to go. Some critters in the Charleston area are less threatening than others, and it’s a matter of learning to live with — if not love — them.

A lot of folks abhor spiders, but they can actually provide a good measure of natural pest control, considering they’ll eat insects that get caught in their webs. The two main spiders to watch out for here in the Charleston area are brown widows and black widows. Both types of spiders have hourglass markings on the underneath of their abdomens, and both spiders are quite shy, meaning they are going to retreat — not attack — if they feel threatened. Most widow bites are accidental: folks go to move some rocks or stick their hands in a recessed area without a good view and accidently make contact with the spider. If you see a spider hanging out in the open, it’s unlikely to be a widow spider. Widows prefer seclusion for the most part. Also, brown recluses are so rare in South Carolina that they are considered a non-problem.

Pill bugs (rolly-pollys), silverfish and earwigs are quite common here, but these guys are harmless. Silverfish do eat paper, so an infestation could pose a problem to book or art lovers, but this is pretty rare. A quarterly pest control service will reduce the numbers of these insects, but you are probably still going to see them from time to time. My advice about these three harmless insects is to try to get used to them; try to think of them as gentle and harmless.

Palmetto bugs (American roaches if you will) are disgusting; they’re big; they fly; they crunch when you step on them. But there is just no getting rid of them. They are everywhere here, and eventually — even if you have a quarterly pest control service — one or two are going to find their ways into your house. This is especially true if you live in an older home that was not designed to be completely sealed up. Here’s the thing about palmetto bugs: they prefer to be outside and develop relatively slowly, so they chance of a palmetto bug infestation inside your home is pretty slim. And they do not spread human diseases. Every time you see one of these guys in your home step on it and then be thankful that it is a palmetto bug and not a German cockroach. German cockroaches are the little roaches. They are very difficult to get rid of once you have an infestation. They can invade the insides of your appliances and even travel from one home to the next with you. They are known to transmit diseases, such as food poisoning, and large populations produce an extremely foul odor. Palmetto bugs, while undeniably gross, are quite preferable to German cockroaches. 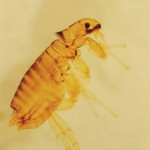 RULE 3: Year-Round Flea Treatment
If you have pets, you have got to treat them for fleas (and heartworms for that matter) 12 months out of the year here. It’s just not an option. Skip your flea treatment for a month, and you’ll be battling an infestation for the next three to four months — even in the winter, even if it’s freezing outside. The fleas here are relentless, and the only way to avoid expensive and harsh whole-house and yard flea treatments is to be vigilant about controlling them before they get out of hand. And please be aware that if you have a fish aquarium in your home, a whole-house flea treatment — whether store-bought or done professionally — will likely kill your marine pets. Getting into the habit of treating your cats and dogs every month is the best way to go — and even then, you’ll probably still see a few fleas, especially as it gets closer to retreatment time. Sometimes your go-to flea medication will stop working after being quite effective for years. If you notice that your regular flea treatment is not as effective as it used to be, it might be time to switch. Ask your veterinarian for a different type as soon as you notice an increase of flea issues. The key to flea control in Charleston is to be very proactive.

RULE 4: There’s Nothing Good About Mosquitoes
It’s quite alright to hate the mosquitoes here. Mosquitoes are actually a big part of our history. They were so bad in the summer that wealthy planters would retreat from the water and heat of Charleston to get away from the malaria-causing beasts. The mosquitoes here nowadays are not likely to cause malaria, but that doesn’t soothe the itch of their relentless bites and they are known for spreading heartworms among pets.

Many pest control companies around the Lowcountry also install yard spraying systems to help eradicate mosquito problems. These are said to be effective, but are very costly. The worst times for mosquitoes in the Charleston area are in the early morning and at dusk and during the early evening.

RULE 5: Yes, You Need a Termite Bond
In colder climates, it doesn’t really get warm enough for termites colonies to cause many problems. In the South where it is damp and hot for much of the year, termites thrive, and they can cause thousands of dollars worth of damage to your home and other structures. In real estate transactions, termite and moisture inspections are required when buying and selling property. The last thing you want to be dealing with when trying to sell your home is termite damage. Termite bonds are usually billed annually based on the square footage of your home. Each year an inspector will check your crawlspace or slab for signs of termite damage. The bond also usually includes a termite treatment every seven years. Sometimes the treatment cost is included in your annual bond renewal fee, and other times, you’ll have to pay separately for each re-treatment. Many termite bonds will cover the cost of termite damage if it happens while your home is insured, but other policies only cover the cost of treatment if termites are found but not damage. Always check with your termite control provider to make sure you understand the terms of your policy.